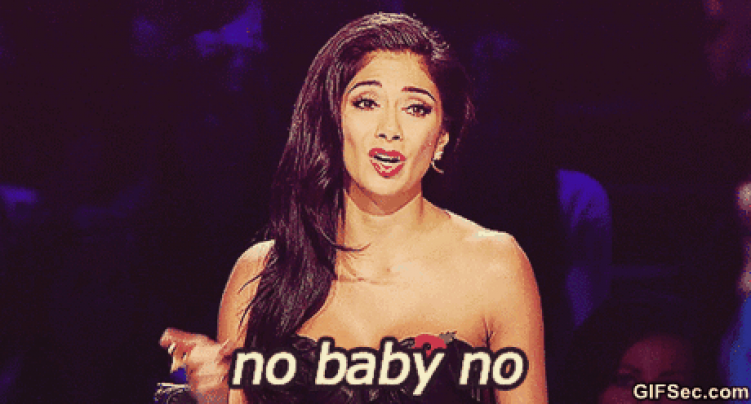 8 Ways Not to Be Pregnant

[Oops! An early draft of this article went up on accident instead of the final one, when it was first published. It had some errors, and we’ve fixed it!]

Birth control pills are taken once a day at the same time every day. Each pill is a small dose of the hormones estrogen, progestin, or a combination of both. Birth control pills help prevent pregnancy (in fact, with perfect use, they’re 99% effective), but they do not protect against STIs.

They can have a range of side effects –such as lighter periods and clearer skin (yay!), or moodiness and weight fluctuation (ugh). There are many different types, so the best plan is to read up on it and commit to working with your medical provider to trying out different kinds of pills if the one you start with isn’t the best one for you. Costs vary depending on insurance, generic vs. brand name, etc. (more on that here) If you are underinsured you can contact Planned Parenthood and see what kind of birth control they can help you attain.

Condoms are cheap, easy to use, and they protect against most forms of STIs in addition to preventing pregnancy. You can acquire them at any drugstore. Many health centers and colleges give them out for free! Some bars even even have condom vending machines in the bathrooms! Even if you or a partner are taking hormonal birth control, it’s still good practice to use condoms. Remember to use them with water-soluble lubricant, pinch the tip of the condom before rolling it on, and NEVER re-use condoms.

Also, two condoms are NOT better than one! If you double up, you can cause friction and tear the condoms and wind up unprotected. If you or a partner are sensitive to latex there are lambskin condoms that are slightly less effective.

Internal condoms are about $2-$3 each, can be inserted in the vagina as a barrier against sperm, and are made of nitrile. When used perfectly they have a 95% success rate, making them less effective than hormonal birth control.

IUDs, which are basically mistake proof, can be inserted by a doctor into your uterus. There are hormonal and non-hormonal options. The hormonal ones (Mirena, Skyla) release small amount of the hormone progestin, causing uterine lining to thicken and preventing fertilized eggs from attaching to the uterine wall, or prevent the egg from releasing to begin with. The non-hormonal IUD (ParaGard) basically messes with the way sperm can move so that the sperm doesn’t meet up with the egg.

IUDs offer years of protection—between three and twelve, depending on the type you get. And if you want to get pregnant, you can have them removed at any time.

The various types of emergency contraceptive or “morning after” pills (e.g. Plan B One-Step, Next Choice, My Way, and generic brands) are good at preventing pregnancy when used up to five days after unprotected sex.

You can use emergency contraception if you have had unprotected sex, or if you used a condom but it condom falls off, tears, etc) There is no scientific evidence claiming Plan B can have negative long-term effects on one’s ability to get pregnant, but it’s not advisable to use it more than three times a month, in large part because it’s an unpleasant shock of hormones to your system.

Side effects of Plan B include nausea, dizziness, irritability, and fatigue: essentially like PMS. You can purchase emergency contraception at a pharmacy for about $50. Here’s a coupon!

6. Copper IUD as an Emergency Contraceptive

Did you know that the copper IUD is the most effective emergency contraceptive?

A lot of clinics and doctors have schedules booked several months in advance, so it can be a challenge to find one who can schedule an IUD insertion pronto. Depending on where you live and what type of health care coverage you have, a copper IUD may also have a higher up-front cost compared to ECPs.

Here’s the deal with abstinence: it is the only foolproof way to avoid pregnancy. In most cases it is a temporary solution, though, since eventually you will most likely be having sex. And when you do, you have to know how to protect yourself. If you choose to be abstinent in 10th grade it’s perfectly acceptable to decide you are ready when you’re older! The other thing is that many people define abstinence as refraining from engaging in penis in vagina sex, and it’s possible to acquire STIs through all forms of sex/genital touching/exchange of fluids. That’s why it’s so important to know all the ways to practice safer sex.

There are no long-term physical effects of abortions (aside from no longer being pregnant). Having an abortion does not increase one’s risk of having cancer, and it does not affect one’s ability to get pregnant later on.

Check out this handy method explorer from our friends at Bedsider.org to compare all your options by effectiveness, cost, what’s easiest to hide…you name it!