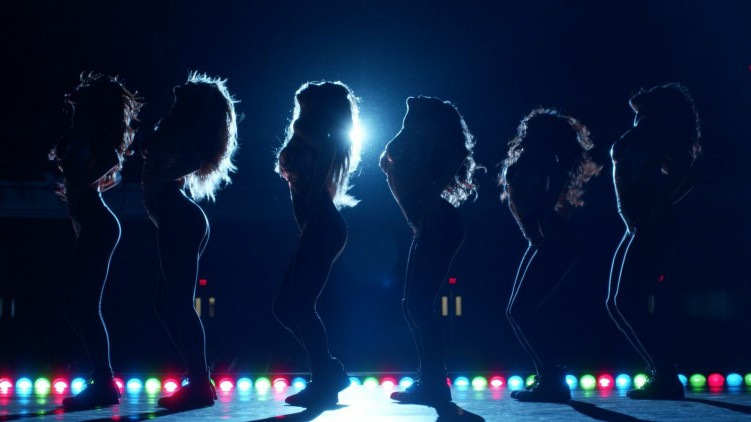 Got Chisme: Outside the Comfort Zone

No shortage of places to go after EastLos, but what about jobs? Here are some career paths straight from Chismama’s mouth:

Dance Coach: (Requires amazing pop and lock, mouth like a sailor, and instant scary eyes) Well, Ceci may have been a student only two years ago, but she knows how to go Old School! After Highlanders stole the girls routine, Ceci reached into her retro duffel bag and pulled out some moves from back in the day! And the crowd went loco. We’re hoping some old school breakdancing is next! Next day, they blew up the East Los auditorium with a ridonculous new routine, sending the Downey Downers to the bottom.

(Hot) Football (Americano) Coach: (Requires rock-hard abs and a propensity for removing your shirt) The ELA Tigers are raging. Beat the Westside Warriors on their home turf in Westwood. In UCLA’s backyard the team looked like they were playing college ball as they trounced the Warriors.

In fact, the new Dance Coach and the new Ass. Coach make quite the guapo couple. 452 Likes on FB. Not as many as the East Los Cutest Kitties! page, but respectable. But cuidado, East Los, jealousy is a beeyatch. Chismama knows.

Social Media Consultant: (requires ability to text while seeming to listen to the person talking to you) Chismama’s been seeing a lot of unrequited lovers texting like mad with not even an Emoji of reply. Chismama says: Like in that song from Frozen (that you claim you saw because your hermanita dragged you there), LET IT GO!

Bruja: (requires the ability to turn teen’s dreams into dinero). Who knows what kind of spells Fabiola’s cooking up in that Botanica? Her love potions are infamous. Rumored that the Kardashians are regulars, well, Kim anyway. Still be careful. Although remember that time Carlos Monana ended up in the clogging up the pipes in both bathrooms somehow?

Exploradora: (requires willingness to go where no girl has gone before) Chismama loves to see you going outside your comfort zone, but, um, Dora, Boots, let’s stay out of the boys’ locker room, gracias.