Got Chisme? The Fast & the Curious! Speaking of Nicolas – did you see his ride? Call us The Fast and the CURIOUS!  DJ gigs at quinceañeras really pulling in that much bank?? Or does he have a beat-loving sugar mama out there?

Chisme has it that after winning Homecoming King, Diego was about to deliver the Gettysburg address when Nicolas cut him off.  You coulda heard the needle scratch the record with that glare Diego gave him.

Did you hear Jocelyn was representing EastLos in Our Voces Poetry Slam? Our very own EastLos Bard is serving up la poesia fresh and her popping palabras are taking that scene by storm. Too bad she had to miss the dance to do it.  Word is she’s holding out till we crown Home Coming Queens!

Overheard: Starfighter is ready?  Um, Is this prom or Comicon?

The highlight of the night might have been the bomb squad’s impromptu performance. In fact, impromptu might be the way to go.  At least that way, they can’t get charged with premeditated sucking. 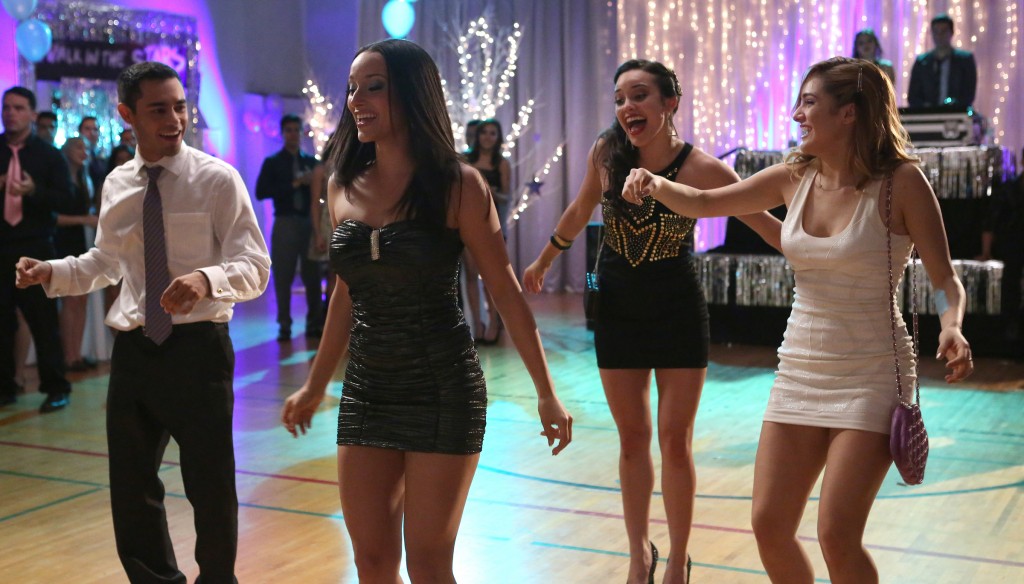 Their performance did show prove that for most of East Los, the evening was still about one thing — Dancing! (We won’t mention what we hear was going down in the bathroom. Some chisme even we won’t touch.)