SPOILER ALERT!! Hey everyone! It’s Chismama at the Siren with today’s “Got Chisme?”! There has been a lot of talk going on, from Amber Alerts to Bomb Squad Bomb Out, but you know we dish up the chisme here for you with extra salsa picante… or Sriracha if that’s how you like it.

Speaking of which, let’s start with our very own J-LOca, Amber. Seems wrong that we’re making a “Where is she now?” comment when we’re still asking “Who is she, now?” Career cut short! For some reason “brown girl missing” doesn’t seem to light a fire under the CSI squad from LA’s finest. Jocelyn’s holding rallies every week til something happens.

Reader Poll/Pole this week: Will Diego be the hotter in fatigues or out of them? …but since he’s basically got a target painted on his abs from every girl (and some of the guys) at EastLos, Chismama doubts he’ll be stationed at Fort Gina much longer.

In the wtf department: So if having a child doesn’t qualify you to raise a child, what does it qualify you for? Working as a midwife? Being a labor activist? This week we got a visit from Bomb Squad alum Ceci Camayo who gets props for being a new Mom, working full-time, and making time to come back and talk to us on top of that. Her talk emphasized what happens when your boyfriend’s little sperms get out of hand (hint: stick to handjobs if you’re unsure how to work a condom… or watch this video to answer all your rubber questions.). Only then we hear she got canned from her nanny gig. Damn, can’t a chica catch a break?

Now hermanas, you’d think after Vanessa’s sexcast last year we’d have learned a little something about backseat bailando in parked cars. Tip: moving into the front seat doesn’t make it any more classy. The chismisimo has it that Camila has been helping a guy Armor-All his dashboard with her culo. But, probrecita, he’s married. And Armor-All doesn’t come off in the wash.

And the bomb squad lived up to its name. Total Bomb.

I’m not saying what they should do but they say failure is like sex — it comes from the top. Maybe they should watch some vidz from the glory years — back in the days of Ceci and Vanessa.

So what did Ms. A. decide? Hire Ceci. Si si. She’s now in charge of the bombing squad. Seeing her with Jacob together — makes you go Hmm. Jacob’s still steaming up Maya’s tamales at Tío Pepe’s. But with Ceci’s coming back with East Los with the whole hot mamacita thing going on… Pues, you fill in the blanks about the posibilidades.

In the Drop the Beat Dept: Word is Jocelyn’s brother DJ Nick is back in EastLos. Still nodding your head to his tracks? Floating in his SoundCloud? Maybe he’ll perform for us…! 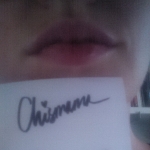