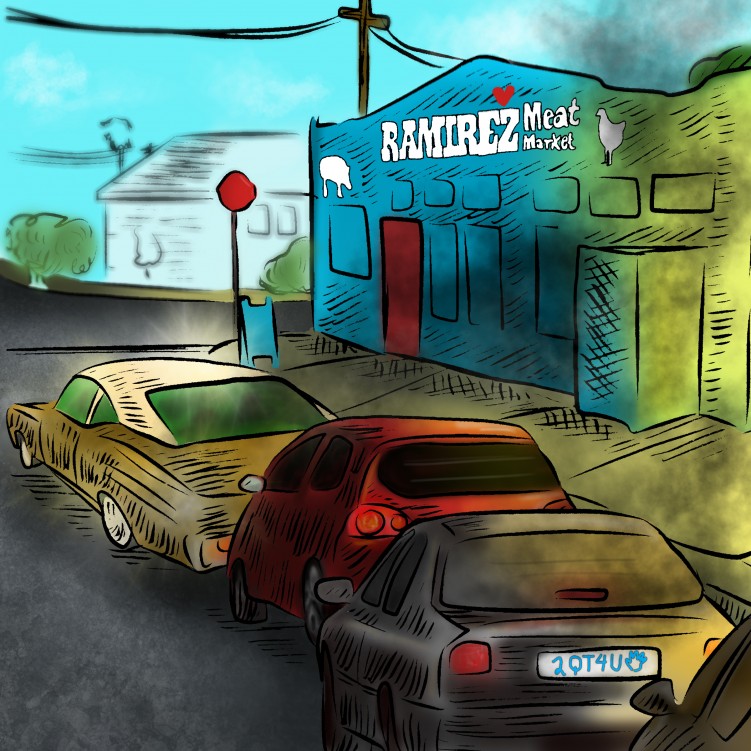 Eduardo Herrera is an LA­ based artist who lives and works in the Valley. (Stop your booing. There is life north of Mulholland.) His work has been featured all over LA and beyond. Check out his portfolio website: http://www.illustrateded.com/.

Now you might not know Eduardo, but you know his work already.  (Shh, Ed is Zach’s ‘drawing double.’ Everything Zach draws on the show is actually the work of Don Herrera!)

When did you realize you wanted to become an artist?

I know this may sound generic but I have been interested in drawing since I was a kid. I remember when I was about 8 years old I entered a drawing competition at my elementary school and won first place, I drew a large bag of Hot Cheetos complete with Chester Cheetah and all. It was about 24”X 36” and I just remember taking forever coloring the thing in crappy Crayola colored pencils. After that, my mother decided to start enrolling me in art classes and the rest is history.

Who are some of your influences? In comics and beyond?

Oh man! This is tough. In the comics realm there are many, but I definitely have some favorites. Charles Burns for his beautiful line work­ absolutely insane. Daniel Clowes for his story telling/ line work/ over all bad­assery. I mean hell, Good enough for Shia LaBeouf to want to rip off! I have to say though that one of my greatest inspirations has been Lalo Alcaraz. I was always interested in political cartoons and while at Los Angeles Valley College, I was the staff illustrator for about a year and a half. During that time, it was Lalo’s Sunday strips that inspired me. Always short but sweet, straight to the point, and funny as hell. Out of sheer chance, I got the opportunity to take one of his courses when he taught at Otis College of Art and Design (where I received my BFA).

When the semester ended, Lalo asked if I would be willing to help him with a book and I immediately said “HELL YEAH! Are you serious??” Lalo helped me realize that there are no secrets in the illustration work, people get where they do through hard work and persistence­ the guy hustles! And now he’s writing for Fox’s “Bordertown,” Well done!

How would you describe your style? Postmodern? Surreal? Pop art?

This is a tough question because my style is often times dictated by the clients’ wants/ needs. My personal work varies a lot, I’ve never wanted to brand myself as “the guy that does ____.” I could never see myself doing that, I think it’s really dull personally. In terms of what the work is about, I like to talk about people. I love watching people out on the street, on the subway and recording these moments that no one even thinks twice about through drawing. Sometimes I like to make up dialogue for the people I’m drawing, or backstories. I’m also interested in perception/ projection. The way we view other people and how we project ourselves, it’s really fascinating to me.

In one exhibit, you describe yourself as a pocho. Isn’t that a kind of dirty word?

Ha! I call myself “Ed” too! It just makes things easier for those who are easily confused. Pocho is just a word for me to explain that I am from neither here nor there. In Guadalajara (where my folks are from) I’m as American as apple pie, and here in the U.S. I’m as Mexican as an enchilada so I might as well embrace the word. 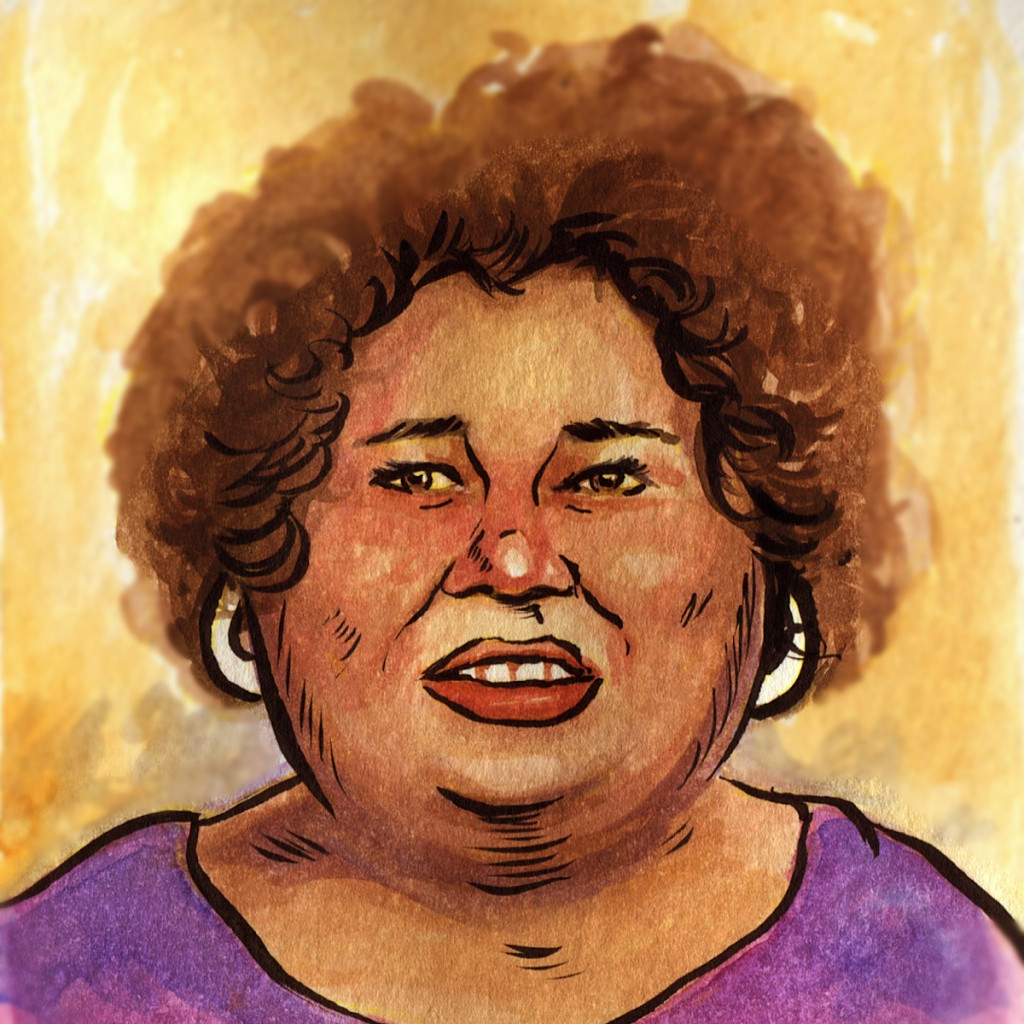 How did you develop your art in high school?

Hours. I think like anything else, it just takes time. Initially I wanted to become an animator so I took a year of 2d animation in high school, and during the breaks I would take college courses on cartooning/ illustration.

How did your art look (different) when you were in high school?

Oh man! In retrospect, either my friends and family were blind, or they were just being nice (but I suspect the latter). I would say that compared to where my work is today, it looks like a toddler drew my work in high school, with their feet! I have realized one really important thing for any aspiring artists to always remember, and I remember this too:

1. Don’t set your sights on having your work look like your favorite artists, remember that they are always going to be 10, 20, 30 years ahead of you in experience. Like I mentioned, in this world it’s about mileage so only worry about what YOUR work is looking like, and not whether you can take on Salvador Dali’s paintings.

2. Whenever you feel like you’re not getting any better even though you’ve been working hard everyday, look at your old work! You’ll find that if you practice everyday, six months can make a huge difference! Did you get a lot of support from your family?

Initially my family thought “and what are you going to do with that? Dibujitos en Santa Monica O que?” Like any hardcore Mexican family (I’m second generation), they all wanted me to do something with my life, like you know, become a doctor. Once my mom saw I started winning awards and getting scholarships, she really embraced the idea of me becoming an illustrator and is now a proud mom (I think!).

What did you do to pursue your art after high school?

I always drew and I tried to get together with like­minded people as much as possible to gain inspiration. I did lots of janky art shows, one time it was literally in some alley in Echo Park, yikes!

But the key was to keep creating and to keep finding things that were inspiring to me. My sources for inspiration are never extravagant or anything, it’s always something that seems random at best, for instance; the way that the people on the bus sleep in the mornings when the bus takes them through the Sepulveda Pass.

What’s one piece of advice you’d give budding artists at EastLos High?

Put in the hours and don’t be an ass! Hours!