Katie Elmore Mota is a producer, writer, and director who was recently named one of The National Diversity Council’s Top 50 Women in Entertainment in 2016. She is founder and co-president of Wise Entertainment, and serves as executive producer and co-showrunner of the five-time Emmy nominated series, “East Los High,” where she also directed several episodes including the finale special. Katie serves on the advisory board of Hollywood Health and Society through the USC Annenberg Norman Lear Center. Katie also recently penned a piece for Time Magazine’s Motto called “Diversity is About More Than Checking Boxes.” Prior to Wise Entertainment, Katie produced the 70-episode telenovela Último Año with MTV Latin America. She previously served as Vice President of Communications and programs at Population Media Center where she oversaw the development and production of numerous international programs. After working for seven years as a producer on global and domestic productions, Katie naturally transitioned into writing and directing, and now has a new TV series in development with Super Deluxe. Katie has a Master in Media Studies from The New School and a BA in History and Sociology from the University of Vermont. 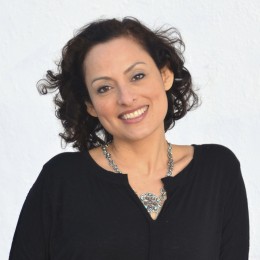 Kathleen Bedoya is a writer, television producer and programming executive with a pioneering career in the Latino entertainment market. She has worked at HBO, FOX, Telemundo, MTV Tr3s, MTV Latin America and Galan Entertainment developing and overseeing groundbreaking programming for Latino audiences in the U.S. and Latin America. At Telemundo, she served as Vice President of Alternative Programming and at MTV Tr3s as Executive in Charge of Production. A graduate of Vassar College, Bedoya is Colombian-American.

Carlos Portugal is a writer, producer and director, who began his career at KQED, San Francisco’s PBS station, where he produced the Emmy Award-winning documentary Frida Kahlo: Portrait of an Artist. He has worked for ABC, NBC, Lifetime, Telemundo, Fox and Fox Kids. He also worked for three seasons as a staff writer on Tyler Perry’s Meet the Browns and House of Payne for TBS Network. Portugal co-wrote and directed two independent movies, the award-winning East Side Story and Pop Star, a teen musical that premiered on Lifetime. Carlos is the showrunner of East Los High. East Los High season three represented Carlos Reza’s episodic directorial debut (episodes 307-312). In Season 4, he directed nine of the 12 episodes. Born in El Paso, Texas, Reza worked his way through college and received a BA in Radio, Television and Film from California State University Northridge in 2001. He started working as a Production Assistant straight out of college and worked his way up to Assistant Director, joining the Directors Guild of America in 2013. As an Assistant Director, Reza worked on independent movies like In A World, directed by Lake Bell, and ABC Family’s Twisted. Reza has been part of the East Los High production since the first season. He has been interested in storytelling since his youth and feels fortunate that he gets to work in film and TV production. Maurício Mota, is a Co-President of Wise Entertainment, the production company behind East Los High. Mota is a pioneer in developing and shaping social, trend driven content for new media and underrepresented audiences. He represents the fourth generation of one of the most important Brazilian storytelling families and has helped re-shape the estate created by his grandfather, Nelson Rodrigues, who is considered the Brazilian Shakespeare. Most recently, he co-created with Carla Esmeralda the School of Series, a TV series development lab that will shape the next generation of showrunners and content creators in Brazil and trains 700 writers and producers a year. Additionally, Mota and the Wise Entertainment team have several new projects in the works, including a TV series being produced in partnership with Get Lifted, Mike Jackson and John Legend’s production company, and a supernatural drama with Carlton Cuse. 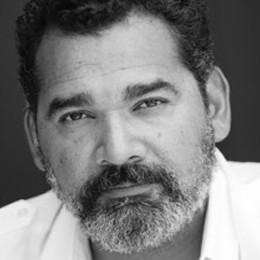 Efrain Cortes is Co-Producer, Director (Episode 409) and 1st Assistant Director of East Los High. A graduate of Harvard University, Efrain is a Nuyorican born and raised in the South Bronx during the rise of Hip Hop and Freestyle music. He began his career in television and film in 2002 when he was accepted into the prestigious Directors Guild of America Producer Training Plan. Since then he’s worked at the highest level of production on such shows as Changeling, Yes, Cloverfield, the West Wing, Desperate Housewives, The O.C., Parks & Recreation, Last Man on Earth, and Love, just to name a few. Episode 409 represents his episodic directorial debut. David Tayar is a Los Angeles-based cinematographer. He was recently nominated for the Gotham Award as a producer/cinematographer for the original show “Surviving.” David has done work for companies such as Disney, ABC, Warner Bros., FX1, NFL Network and Showtime along with original series for Hulu and Youtube Red. David is originally from Korazim, Israel.  He moved to the United States where he studied at the Los Angeles Film School and graduated with honors.