Ceci is still coaching the Bomb Squad, and trying to make ends meet, when she is presented with an opportunity she can’t refuse. The catch? It involves uprooting her life to move to Las Vegas. As she begins to bid farewell to East LA, she gets a wake up call that makes her rethink everything.

Danielle was exposed to the world of television and film at the age of nine. She began her career on Barney & Friends and, most recently, was nominated for a Daytime Emmy award in 2015 for her work on East Los High. Off-camera, Danielle is a talented singer and dancer.

Prince Royce returns to East LA as Vincent, hoping to sweep Ceci off her feet, but quickly learns that making a life with her and Isela is not as simple as it seems.

Since releasing his triple-Platinum self-titled debut album in 2010, New York-born singer and songwriter Prince Royce has become a bonafide, award-winning Latin music superstar by bringing a mix of Bachata music and contemporary R&B to the Spanish-speaking world. Along the way, Royce has amassed a huge fan base with more than one billion streams online and more than 33 million followers on Facebook alone. Last year, he co-starred as Peter in the FOX live musical broadcast of The Passion. 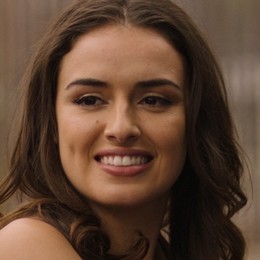 Eight months after sustaining a near-fatal gunshot wound, Camila struggles to fully recover physically and emotionally. But as her body heals, her emotional state deteriorates. With Jesus behind bars and her sister focused on college, Camila feels lost and unsure of what to do with her life.

Vannessa Vasquez is a Mexican-American actress raised in Houston, Texas. She studied at the University of Houston and Stella Adler Acting Academy in Hollywood. Vannessa received a 2015 Emmy nomination for her portrayal of Camila Barrios and a Best Actress in a feature film nomination for a 2015 Imágen Award.

After everything Gina has been through with her sister Camila, Gina can’t wait to move away to college in Colorado with Eddie. But with all the challenges her sister and boyfriend are facing, she’ll be forced to choose between love and her dreams.

Born and raised in South Florida, Alex started singing at the age of two and modeling at the age of four. At 16, Alex was signed by LA Reid to Island Def Jam. She appeared on Season 3 of The X Factor and was a finalist on Oxygen’s The Glee Project. She has guest starred on such shows as HBO’s The Newsroom and Nickelodeon’s Hollywood Heights. When Eddie’s DACA application is denied, the future he envisioned for himself and Gina is thrown into question. At the same time, ICE raids in East LA have him living in constant fear of deportation. He leans on Sofia for support, and their growing threatens to drive Gina and Eddie apart.

Carlito Olivero, a Chicago native, was a lead in We The Party (released in 2012) and later became a top 3 finalist on FOX's The X Factor in 2013. The track "Lie For Me," from his debut solo album D.D.B.R.W.S., is featured in the East Los High Finale Special. Carlito can be seen in the upcoming Youtube Red Original STEP UP: HIGH WATER.

Jesus has been in jail for months, writing Camila letters and waiting patiently for her to visit in hopes that he might still have a future with her when he gets out.

JD Pardo first came to critics’ and audiences’ attention for his starring role in A Girl Like Me: The Gwen Araujo Story, which earned him an Imagen Foundation Award nomination. He next starred with Charlize Theron and Jennifer Lawrence in The Burning Plain. Pardo’s credits include Breaking Dawn – Part Two and the hit series Revolution. He is set to play the lead in the play the lead in the Sons of Anarchy spinoff Mayans MC. Vanessa has a grand fake-it-‘til-you-make-it scheme to grow her event planning business, but with her roommates, and live-in helpers, preparing to move away, she stands to lose more than just cheap labor—her best-friend and “niece.”

Tracy Perez began working in off-Broadway theater, commercials and award-winning short films in her hometown of NYC. Her first lead in a feature film was An Ornament of Faith (2013). She then worked on the Lionsgate thriller Devil May Call, followed by the indie comedy, The Stockroom. Tracy also appears on the third season of FX’s The Strain as Maria Peña. Back in the good graces of the Bomb Squad, and staying out of trouble, Brandie is climbing the ladder of her dance ambitions, including dating the best male dancer on the squad, Caleb.

Of Colombian and Venezuelan descent, Cinthya Carmona was raised in Miami, Florida. A classically trained actress and dancer, her resume includes theater, television and film. Along with her role on East Los High, Cinthya is also currently a lead on the Netflix series The GreenHouse. Her credits include: Rush Hour (2016) Badge Of Honor (2015) and POWER (2014)

His son may be in rehab and his wife away in Tijuana, but Hernan still has his hands full with the Barrios sisters living at home and Eddie staying in Jacob’s room. Meanwhile, with a climate of fear over immigration raids, and the tides of gentrification, threatening to shut down Tio Pepe’s Taqueria, Hernan may be forced to sell to developers.

In addition to his return to East Los High, Rubén can be seen in the summer blockbuster movie Insidious 3, and guest starring roles on Designated Survivor, The Fosters, Rosewood, Michael Bay's The Last Ship, Rizzoli and Isles, and many more.

Sofia continues to fight for immigrants’ rights, leading the charge to make East Los High a sanctuary school. At the same time, she empowers Eddie to face his fears and fight for his right to make a life for himself in California.

A Chicago born actress who received her BFA in Acting at Northern Illinois Universty. She played Marisol in Paranormal Activity's: The Marked Ones, and has been on series such as: Vampire Diaries, Shameless, Agent X, Making Moves, and From Dusk till Dawn. "My purpose is to inspire people to be true to themselves and follow their dreams."

Tiffany is engaged to marry a rich man, and they hire Vanessa to give her the wedding of her dreams. The budget for their marriage celebration is going to launch Vanessa’s business, but karma threatens to destroy both Tiffany’s wedding and Vanessa’s future.

Born and raised in Downey, CA, Ashley was crowned Miss Teen California Latina 2008 and reached the top 15 in Miss Teen California USA 2010. She was a professional cheerleader for the MLS soccer team Chivas USA, and is a recent graduate of CSU Los Angeles, where she earned her bachelor’s degree in Communications.

No one knows Camila better than Jocelyn. So when Gina begs for her help, Jocelyn flies home from college in New York to help rescue her best friend from self-destruction.

Born into a multicultural entertainment family in Northern California, Andrea began print modeling at an early age. In 2005, she moved to Southern California to pursue a career in the performing arts. Andrea has appeared on Saving Grace and The Cleaner as well as such indie films thriller Dead Bullet.